HMS Devastation, the first ocean-going battleship to make do without sail.

Designed in response to the capsizing of HMS Monarch (which had the tallest masts ever for a British ship, was top heavy and sank during a gale). Regardless of her low freeboard (barely higher than a large monitor), she behaved well under various sea conditions. Devastation was also the first such vessel to carry her armament on top of the hull instead of inside it, unlike the broadside ironclads and central-battery ships that preceded her. 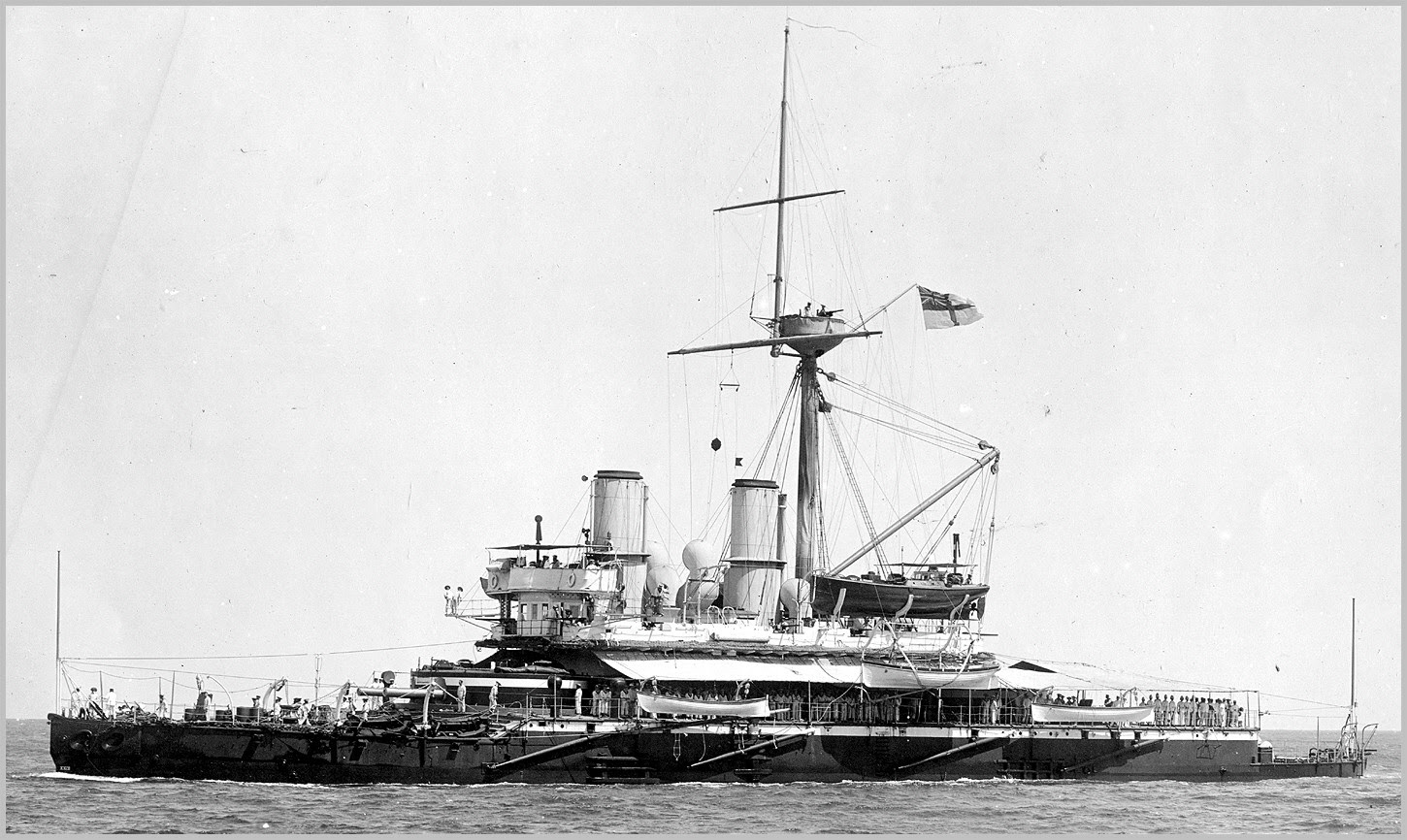 Ship details: http://en.wikipedia.org/wiki/HMS_Devastation_(1871)
Posted by Denis Fillion at 12:08 AM