Following her extensive reconstruction, which followed the lines of that done to the Conte di Cavour and took place at the C.R.D.A. yard in Trieste, beginning April 1937. 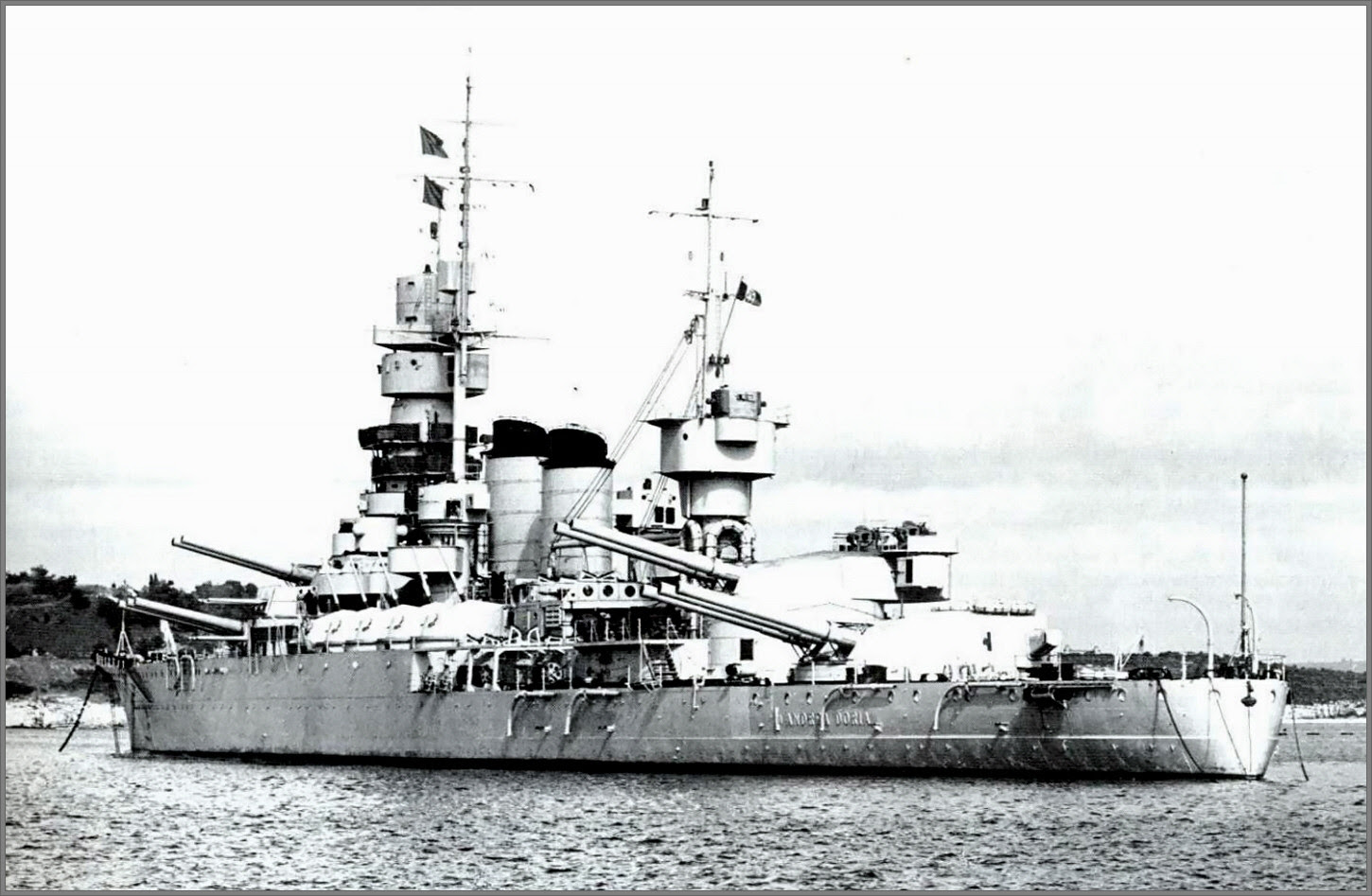 Ship details: http://en.wikipedia.org/wiki/Italian_battleship_Andrea_Doria_(1913)
Posted by Denis Fillion at 5:15 AM No comments:

During a review of the reconstituted Home fleet by King Edward VII, off Cowes. 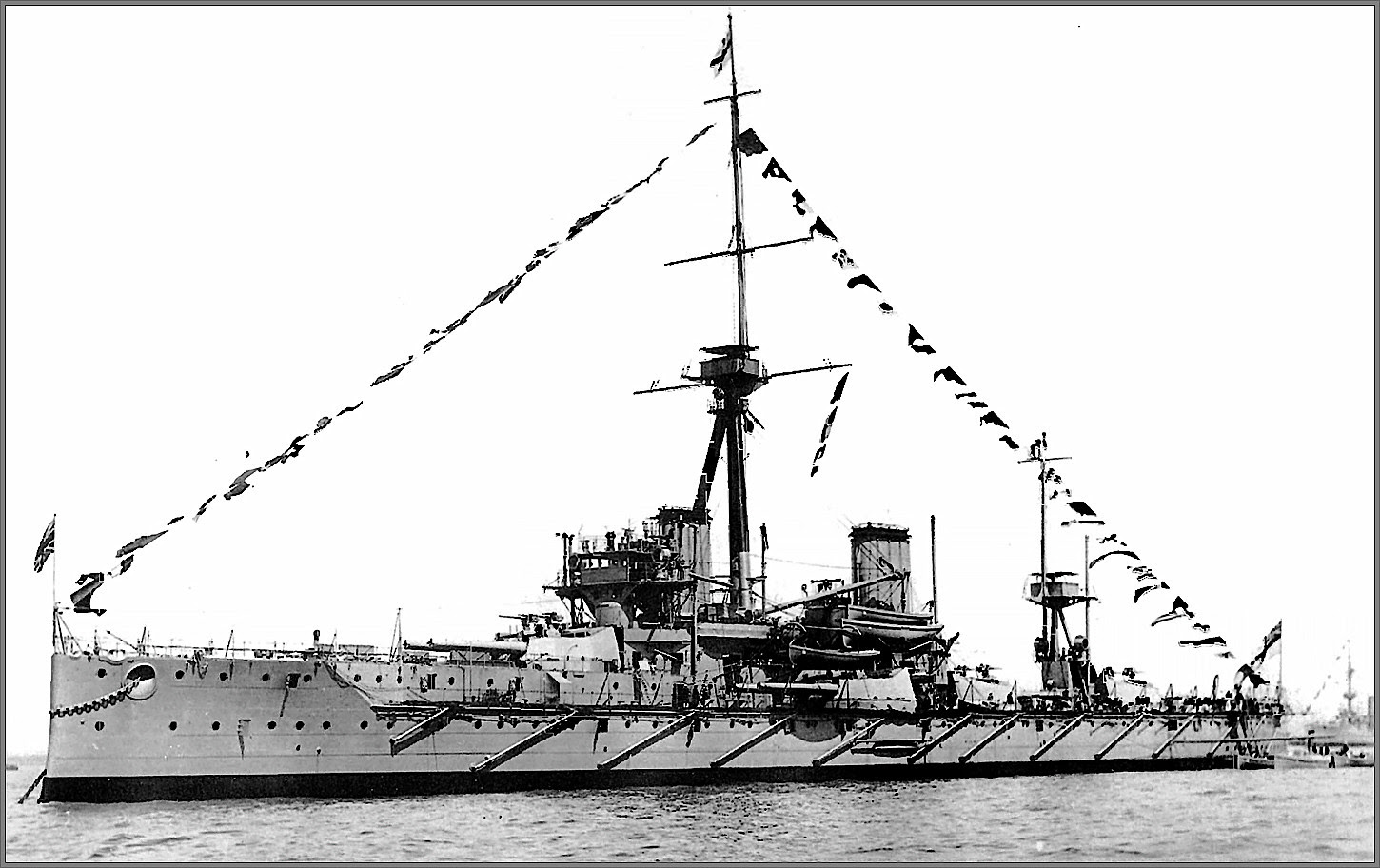 Ship details: http://en.wikipedia.org/wiki/HMS_Dreadnought_(1906)
Posted by Denis Fillion at 4:32 AM No comments:

The sinking of battleship H.M.S. Audacious.


H.M.S. Audacious is surrounded by destroyers of the Grand Fleet as her crew take to lifeboats. After encountering a German mine field off the northern coast of Ireland, near Donegal, on October 27th 1914, she sank slowly enough that there was no loss of life. A King George V class battleship, Audacious was the first dreadnought to be lost in The Great War. 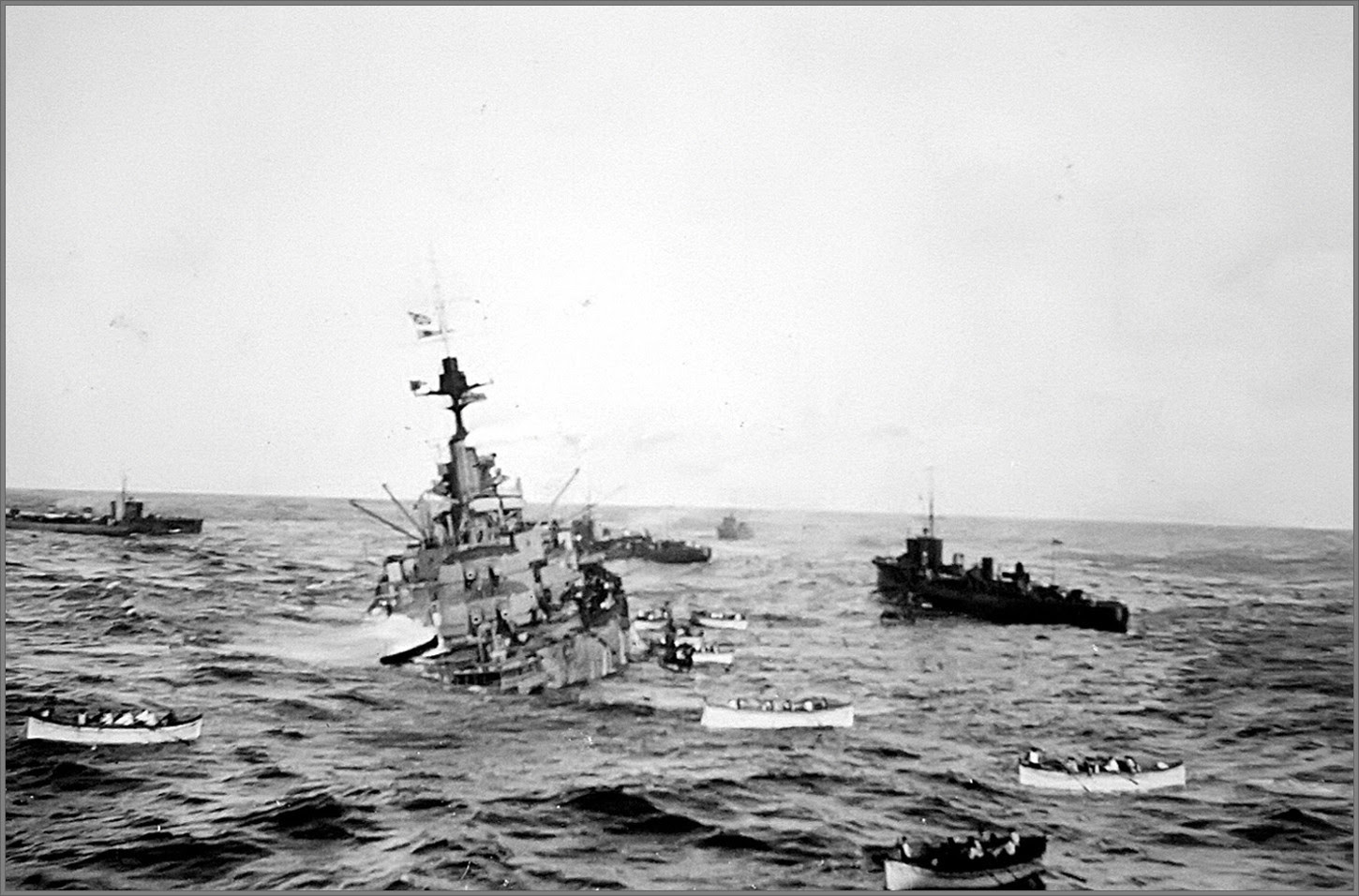 Her sinking was witnessed by passengers from the White Star liner Olympic but the battleship remained listed amongst the roster of active ships for the rest of the war in an effort to keep her loss secret.