A very fast ship with a nominal maximum speed of 37 knots, she reportedly reached 42 knots during testing but was limited to 33 knots under full load, and and this at the cost of very limited protection (which was corrected somewhat in later ships of the class). On her catapult, you can see a CANT 25AR scout seaplane. 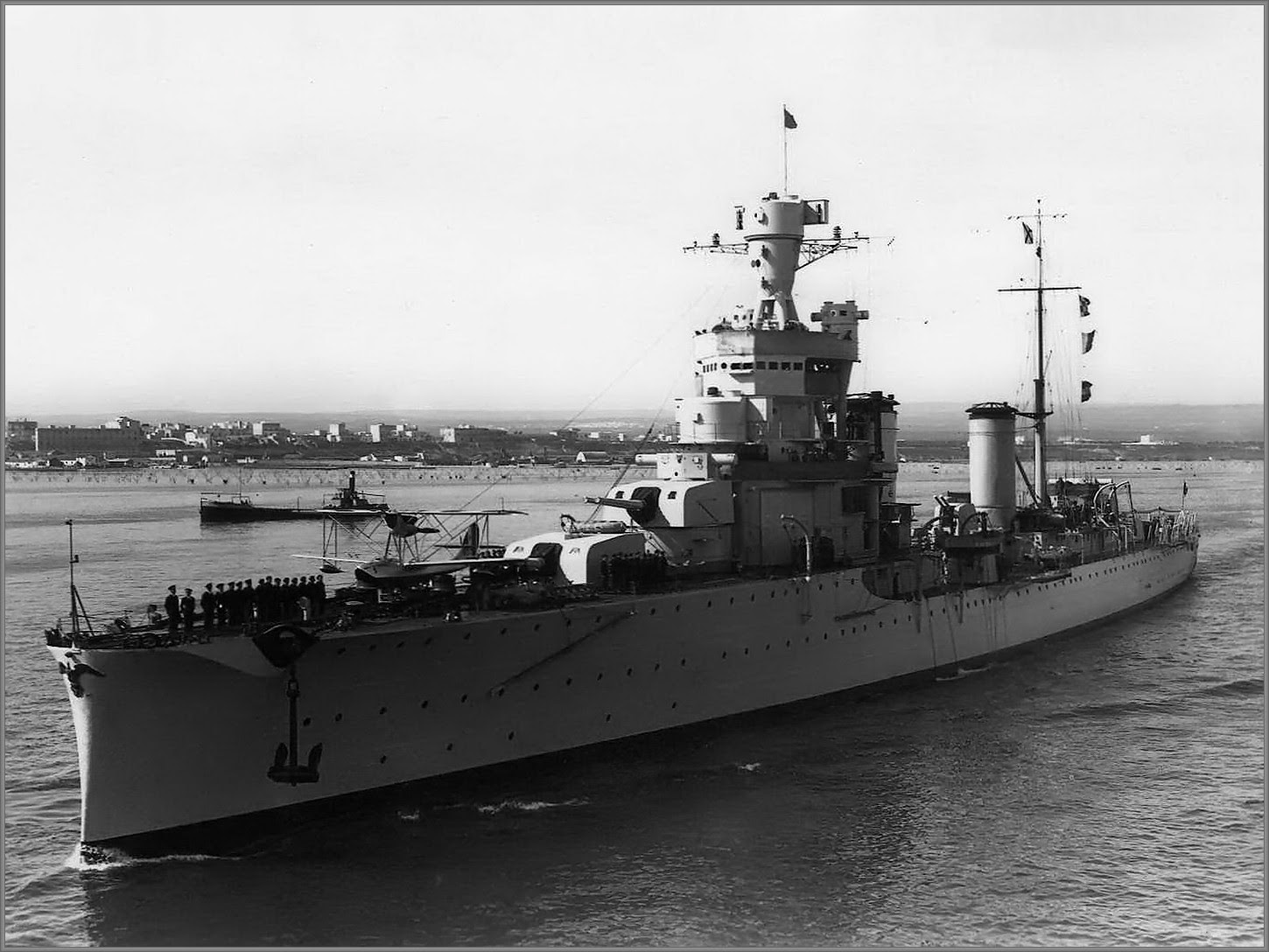